Ataturk and his Reforms 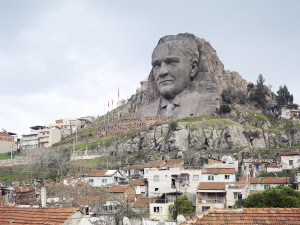 As you travel around Turkey you will see lots of statues, busts and photographs of Mustafa Kemal Atatürk (1881 – 1938), the founder of the modern Republic of Turkey.

He opened the Turkish Grand National Assembly on 23 April 1920, and began the work to develop a new Turkish state, with its centre in Ankara.  Following Turkey’s War of Independence, the signing of the Treaty of Lausanne  on 24 July 1923 recognised the independence of the new Turkish state and set the stage for the declaration of the new Republic of Turkey on 29 October 1923 spelling the end of the caliphate. 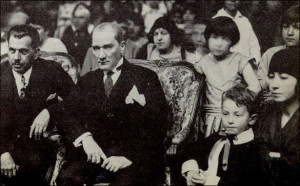 Atatürk was a charismatic leader and a comprehensive reformer, and so he then the task of leading his citizens through a drastic and comprehensive program of reform to “westernize” the Republic of Turkey so that it could hold its own among other developed nations.  The central belief driving the reform program was that Turkey would have to Westernize in order to modernize.  The six main principles that underpin these reforms are referred to as “Kemalism”, and are actually written into Turkey’s constitution: republicanism, nationalism, populism, reformism, etatism (statism), and secularism.

He undertook significant legal reforms which replaced the canonical law that was in place, adopting the Swiss Civil Code, and the Italian Penal Code.  The key achievement of these reforms was the complete separation of government and religion. Educational institutions and the army were also separated from politics. The exclusion of religion from the nation’s public life was probably the most shocking of his reforms at the time – religious schools were closed down, religion became a matter of personal conscience, and public education was secularised.

The cornerstone of education is an easy system of reading and writing. The key to this is the new Turkish alphabet based on the Latin script.

Prior to the establishment of the Turkish republic, Turkey had used an Arabic script.  This was abolished and the Latin script was introduced with a new Turkish Alphabet and language in 1928.  There is a famous story about Atatürk asking language experts how long the language reforms would take to implement, and on being told that it would take at least five years, Atatürk  replied “We shall do it in five months”. To help things along, Atatürk personally travelled across the country, teaching citizens the new alphabet.

Education was made free, co-educational and secular from primary school through to post-graduate level education, and primary school was made compulsory.  A particular emphasis was put on education of girls and women. Adult literacy programs were introduced, particularly for the armed forces, and Atatürk made a point of regularly teaching both children and adults everywhere from schoolrooms to parks.

Other reforms included introduction of the Weekend Act (which established Sunday as the day of rest), the International Time and Calendar system, Obligation Law and Commercial Law, the System of Measures, and a Surname Act which made it a requirement for everyone to have a surname.  On that note, Atatürk’s surname means “father of the Turks”.

Atatürk also established the Turkish Historical Society whose job was to examine and evaluate Turkey’s history and develop a syllabus for it. A great emphasis was put on culture and arts and preserving and developing these.

Atatürk also did much to further women’s rights, introducing laws that would see women enjoy rights equal to men, give them the right to vote and to be elected to parliament.  Other laws drastically reformed marriage (abolishing polygamy) and family relations (notably equal rights for women in divorce, custody and inheritance).

Not even clothing was exempt from his reforms – men were banned from wearing the “fez” hat, a ban which continues to today, and wearing of the headscarf or veils in public buildings was also banned.

Atatürk was particularly lauded for his foreign policy which aimed to preserve the independence and integrity of the new Turkish republic. His guiding principle was “peace at home and peace abroad”, something he saw as essential to the task of growing Turkey as a nation.  Of particular note is the fact that by the end of 1925, Turkey had signed 15 friendship treaties with fifteen different nations including the Soviet Union, Greece, Romania and Yugoslavia. Turkey also entered into a non-aggression treaty with Afghanistan, Iraq and Iran in 1937.  Testimony to his foreign policy skills is the fact that on his death, the League of Nations referred to him as a “genius international peacemaker”, and the centennial of his birth in 1981 was marked by UNESCO and the United Nations declaring it the “Ataturk Year in the World” because of his exemplary achievements and leadership skills.

While Atatürk died in 1938, after a Presidency spanning just 15 years, in the eyes of Turkish people he is immortal.   The victor of many battles, a revolutionary, charismatic and successful statesman, he has left a giant footprint in the heart of millions of Turkish people, and in fact the world, successfully implementing a reform program that has been virtually unparalleled by any other country.