On Engagement and Coffee

Every country has its traditional customs around engagement and marriage, and engagement in Turkey is no different.  Although times are rapidly changing, today as you drive through some small rural villages, you may see glass bottles placed on the roof of the house. 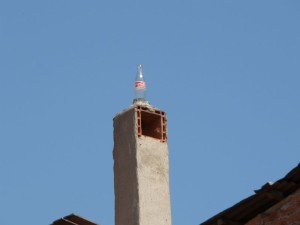 This is a sign that there is a girl who lives in the house who is of marrying age. There is a village near Pamukkale, where, if the bottle is broken it means that someone has expressed interest in the girl (by shooting the bottle off, or throwing a rock at it), or that she is no longer available.

While these days, young people are free to find their own marriage partner, some young people may still ask their family and friends for help in the search for a suitable husband or wife, believing that their families know them well and will be objective.

In these instances, generally a young man will express to his family that he is interested in marrying, and then his family will ask extended family and friends if they know a family with a daughter of marrying age – if a suitable prospect is found, they will try to find someone who has a good relationship with the girl’s family to let them know that they are interested in meeting.

In days gone by, once the young man and his family had expressed interest in the girl, the girl’s family will make enquiries regarding the boy’s family and his financial position, and if considered suitable, they will proceed to the next step.  Even though the boy may have good references, this is usually not enough – generally extended family will be checked also as it is believed that genes play an important part.  These days, a young couple who meet in such a way would commence period of getting to know each other.

Next, the families would meet, usually this is done at the girl’s home, and after initial small talk, the potential bride would serve Turkish coffee to everyone present.  These days, even young couples who meet by themselves will go through this process of the two families meeting, out of respect for tradition.  Sometimes, the girl may put salt in the groom’s coffee as a means of testing his character – he must drink it without complaining, or risk ruining his reputation. However, in days gone by, this was a polite way for the girl to say that she was not interested. At this meeting, the bride’s family would usually give a non-committal “let’s see” rather than give a direct answer about marriage.

The family would then talk to their daughter about her thoughts on the groom and continue to ask around for people’s opinion on his family.  Once they had finished their deliberations, they would send a message to the groom’s family, or to the matchmaker inviting them for a second meeting.

On this second visit, the Bride’s family would give their agreement, and start to negotiate around payment of the wedding expenses – as with most countries, they can be shared, or paid for by the groom’s family, depending on the situation of each family.  Negotiations even extended to the couple’s future house.  Generally the girl’s family would pay for furnishing of the bedroom and kitchen, while the groom’s family take care of the living room and bathroom. These days, as in most countries, the young couple may pay for their home furnishings themselves.

After negotiations have finished the couple will then go through an engagement ceremony and then their wedding, but more about these another day…