Ephesus – the city of bees

The name “Ephesus” is the Roman version of its former Hittite name of “Apasas”.  It is believed that the city was named after the Amazon queen Apasas, derived from the word ‘Apis’ which meant “bee”.  While the exact origin of the name remains something on which there is not widespread agreement, one thing is for sure, and that is that bees were very symbolic, and important in Ephesus. 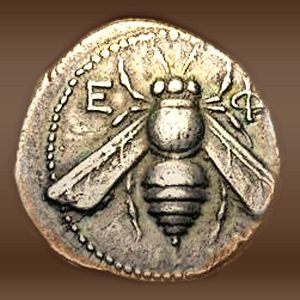 The importance is highlighted by the fact that the first money minted in Ephesus in the 5th century BC had a bee figure on it.

The bee was an integral part of the cult of Artemis.  Her priestesses were named “Melissae” which means “bees” of the goddess.  The Melissae were lead by “king bees” (priests), evidence that during those times it was not known that the leader of a beehive is a queen rather than a king.

It’s interesting to note that bees were also a symbol of the Lydians, and it was a Lydian king that built the Temple of Artemis. 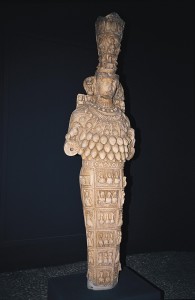 Statues of Artemis depict her covered in breast or egg-shaped objects which even today is the subject of much debate – there is no agreement on what these objects actually are. However, one theory is that they represent the “cells” that queen bees are born in, in the bee hive.