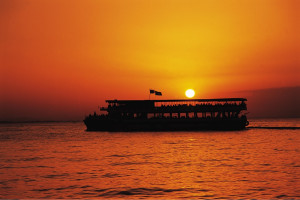 city, and home to Turkey’s second largest sea port.  In Turkey the city is often referred to as “guzel Izmir”, which translates to “beautiful Izmir”.  It enjoys mild winters and warm summers, and because of this it has a lively street life.

Izmir’s Kordon (waterfront area) is full of restaurants, bars, coffee shops and tea houses, making it a great place to sit and watch the world go by.

Although much of Izmir is modern, following a rebuild of the city after a war, there are still many traditional buildings and areas to discover, and the bazaar area, Kemer Alti is a charming maze of tiny alleyways, squares, offices, workshops and mosques.

Izmir is also home to a culture park which hosts an international fair every year along with numerous other trade fairs and expos.

Izmir is a multicultural city,and has a Levantine, Christian and Jewish heritage.  Visitors today can still see Christian churches and Jewish synagogues.

It is easy to travel from Izmir to Ephesus for a day tour, whether you are staying at a hotel in Izmir or arriving to Izmir by cruise ship.

If you are interested in doing a tour of Izmir city, have a look at my suggested half day tour program.