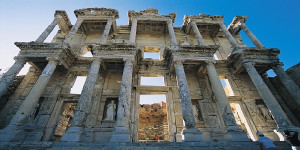 Founded in the tenth century BC, the former capital of Asia Minor, Ephesus is the most visited ruins site in Turkey today.  In the Hellenistic and Roman periods, it was the largest city and the most important commercial centre and port in Asia Minor.  Today it is inland from the Aegean coast as a result of the silting up of its harbour.

It was home to both pagans and early Christians, and attracted many influential Christian leaders including St Paul, St John and Timothy.  Nearby is the house of the Virgin Mary, which is believed to be the place where she lived her last days and died.

Ephesus has had a colourful history.  Famous not only for the characters who lived or passed through here – Paul, John, Cleopatra and Antony to name a few, it is also one of the richest archaeological sites in Mediterranean.

Visitors to Ephesus today can see all the normal features of Roman and Greek cities, including a theatre, the odeon, a state agora, public toilets, the beautiful Celsus library and monuments to the emperors.  The impressive theatre is still used for concerts today, and in the past has even seen Sting and Elton John play there.

The Temple of Artemis (Artemision) is located just outside town, and although only one pillar remains today, it is important to see because it was classified as one of the Seven Wonders of the Ancient World.  It’s location also gives you a great view across to the Basilica of St John and the Isa Bey Mosque. 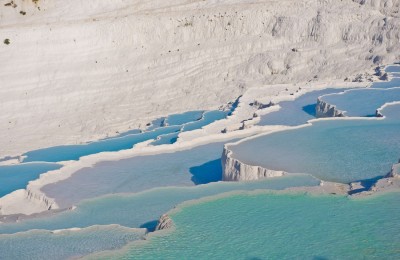 Perfect for those who want to base themselves in Kusadasi or Selcuk, but don’t want to miss out on seeing the famous “cotton...
Ask a Question 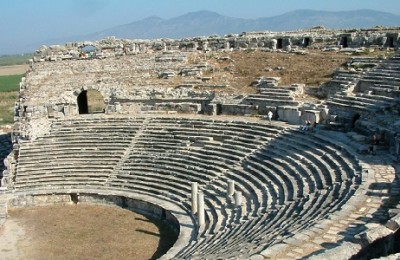 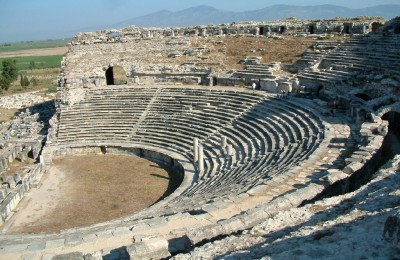 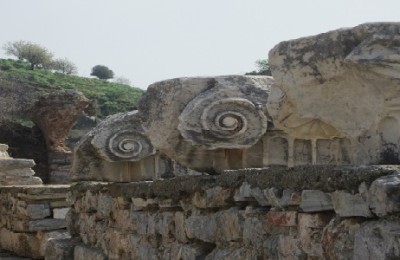 If you are short on time, and mainly interested in ruins, then this half day private tour of “Ephesus is for you. [layerslider...
Ask a Question 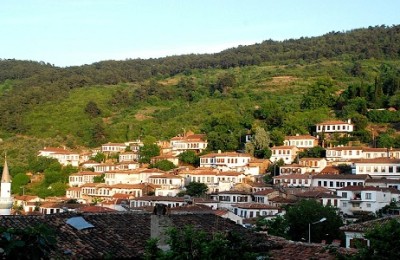 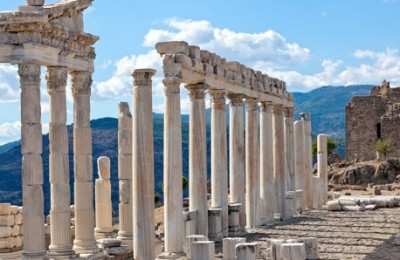 Situated on top of a windswept mountain along the Turkish coastline and looking over the beautiful Aegean Sea sit the ruins of the ancient Greek...
Ask a Question
12